HCSB is the developer, distributor and trademark-owner of several of the best-known brands in the billiards industry:

Dyna|spheres™ was created in 2010 as a project to develop a brand of Phenolic Resin Balls which could compete with the only known manufacturer at that time. 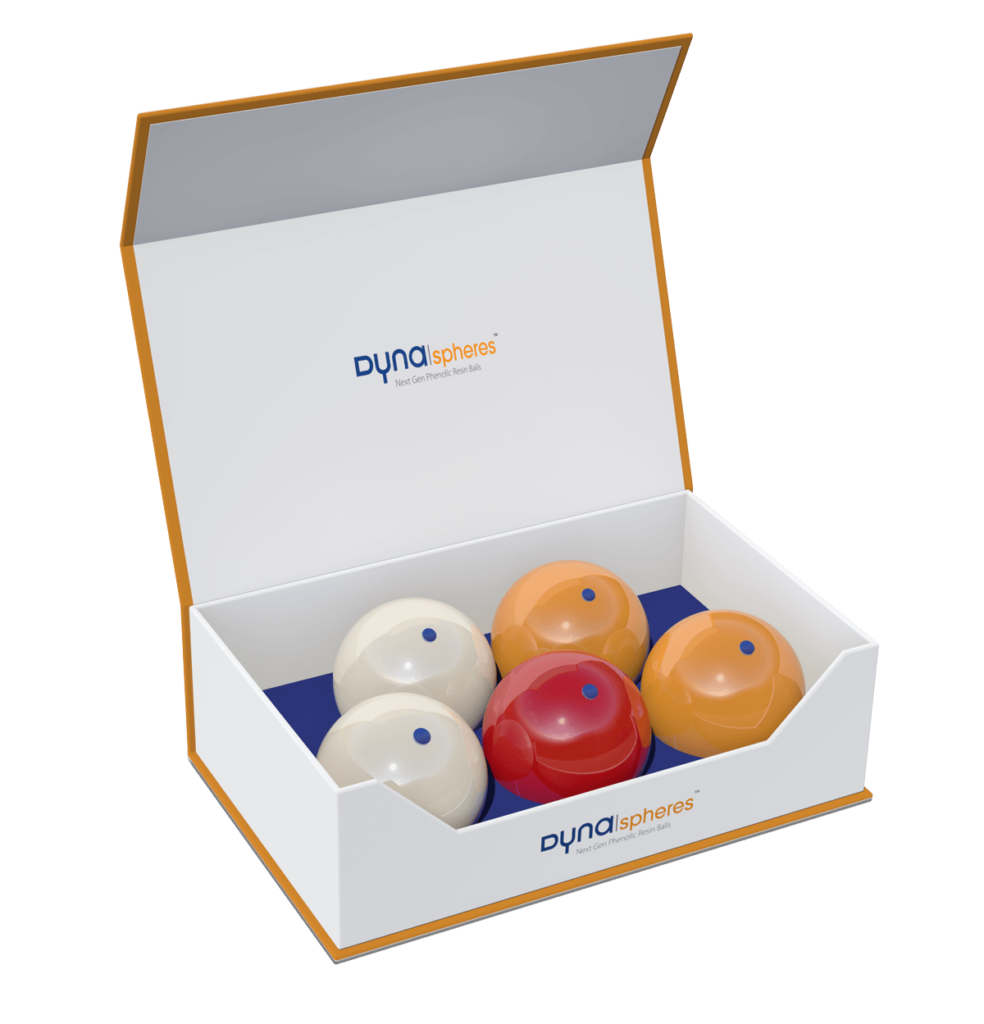 HCSB has chosen to cooperate with the Taiwanese XinBiing Rubber Co, a chemical conglomerate that has a proven track-record of successful cooperations with such companies like Logitech™, HP™ and Microsoft™. XinBiing and Saluc S.A. (the Belgian manufacturer of the Aramith™ Billiards Ball) were competitors in the market for balls for the next-gen optical mice in the early nineties and as XinBiing observed the major part of Saluc’s manufacturing capacity was in Phenolic resin, it also developed an interest in the market for billiard balls.

The development of Phenolic Resin Balls proved to be much more difficult than expected and especially the colour-control of the final product was a big issue which could not be solved easily. But Mr. Adrian Wang, the son of the founder of XinBiing Co, had the opportunity to meet with Mr Bob Simpson, Chairman of the Hyatt™ Ball Company out of Albany, NY.

It was Mr. Simpson who guided Adrian Wang through the development of the manufacturing-process for high-end billiard balls, and this according to the famous Hyatt™ Technology which was used in the seventies to manufacture the “Brunswick™ Centennial” ball-set.

Whereas other brands charge extra for selected sets with minimal weight-differences, we at Dynaspheres feel this should be “standard issue”; the maximum weight – deviation within 1 set is 1,5 gram/ball over our complete range.